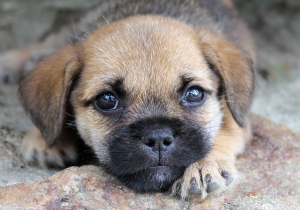 Tell a Mexican-born Chihuahua “sit” and he’ll cock his head at you and wonder what it is you just muttered. But tell him “siéntate” and he’ll do as he’s told. Is this evidence that dogs, and animals in general, can speak different languages? Or are we just fooling ourselves? And speaking about language, what about accents? Does a Boston Terrier say “Pahk the Cah at Hahvahd Yahd” while a North Carolina Plott Hound barks with a drawl and an Upper East Side French Poodle speaks with an air of arrogance and family money? Or do all dogs go woof, cats go meow, and foxes go … wait, what does the fox say?

Animal language seems to be coded

Stick an American-born baby in the middle of Japan at birth, and ten years later you won’t find a kid who speaks fluent English and struggles to understand the difference between konichiwa and Toyota. You’ll find a fluent Japanese speaker who (if taught English while growing up) speaks his “native” tongue with a heavy accent. But that doesn’t seem to be the case with animals.

UPenn psychologist Bog Seyfarth and biologist Dorothy Cheney conducted an experiment to solve the question of animals and language. They switched a pair of rhesus macaques and a pair of Japanese macaques after birth. The Japanese macaque parents raised the rhesus macaque babies, while the rhesus macaque parents raised the Japanese macaque babies. These specific primate species were chosen because they both communicate in similar ways – coos, barks, screams and gruffs – but use them at different times. The results of the study showed that despite being raised in a “new” environment, the babies held onto the language of their specific breed. For example, the Japanese macaques cooed during playtime, as is usual, despite being in an environment where the rhesus macaques they were playing with were gruffing. The consensus was that sounds – or language – are hardwired into an animal’s brain. But the study did suggest that regional accents could evolve … over the course of several thousands of years.

But some animals do pick up new languages

Birds, bats, whales and dolphins have all shown the ability to pick up and use others’ sounds. Songbirds, like a nightingale, will belt out a discography of 60 songs that they learned in a short while. Songbird species, keep in mind, sing different songs based on their region, so, having a bird sing another bird’s song is a bit like a Texan nailing a Frenchman’s accent.

However, by and large, the majority of animals don’t stray from the language of their species. While your dog can understand Sit and Siéntate and abide by the command, that doesn’t mean he’s multilingual. Understanding a language and being able to communicate in multiple languages are two very different things.

Maybe the animals are smarter than the humans?

Why can’t an animal speak, or pick up, other languages, even if those languages are closely related to their own (like the case with the macaques, or, to paint a clearer picture – cats vs. lions. I’m pretty sure a cat can’t speak (nor really understand) fluent lion)? The theory behind that is that the ability to communicate is so vital to the survival of a species, that it doesn’t benefit that species to have its language be malleable. In simpler terms, if a dog is in danger, he can express that danger in a simple howl, growl, or whatever he chooses, and dogs from Tennessee to Talladega will understand him. There is no dialect confusion. It’s just clear communication. Now, let’s say that a Russian (human) comes to a hospital in New York City in pain, and tries to tell an English-speaking nurse what’s ailing him. Is he getting his point across?

While we love our diversity of languages, it doesn’t really serve us well as a species. Think of how many times you’ve had to say “What” or “Huh” when talking to someone – from this country – who happens to have a thick accent. Dogs, cats, and animals in general don’t have time for the “Pardon Me” game. So perhaps when it comes to communication, they have the edge over us.