People prone to couch surfing and lazing around deserve the chance at a life with a dog, don’t they? These active-phobic folks shouldn’t have to be reduced to settling for a cat or a fish as the perfect pet, do they?

Not that I’m saying cats or fish are consolation prizes … but still, they’re not quite dogs.

Dogs are work, no matter the breed or size. They need exercise, attention, and love in order to be happy and healthy. So while the following five dogs make decent pairings for the sloth-like soldiers of the population, this doesn’t mean one should neglect his or her dog and treat it like a breathing ornament.

That’s what fish are for … sorry fish lovers.

Here are the 5 best dogs for lazy owners, including one breed of dog you’d least expect to find here.

The Bolognese is a tiny dog fantastic for apartment dwellers, or, hey, lazy people. 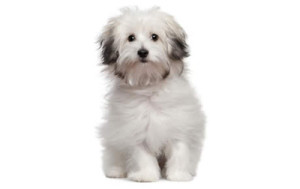 Energy level. Moderate. The Bolognese is a playful dog but doesn’t need to burn off a ton of energy.

Space invader? Barely. The Bolognese comes in at a whopping 8 – 14 pounds, making it no bigger than a baby.

Health concerns. Nope. Unlike many other toy breeds out there, the Bolognese is as sturdy as an ox. One of the most overlooked aspects of owning a dog (that lazy folks will hate to deal with) is ongoing vet visits due to health issues. The Bolognese, however, doesn’t have any genetic health problems.

Training. Low. The Bolognese is quick to pick up on the most basic of training requirements.

Cleanup. Low. The Bolognese is considered hypoallergenic, and its long hair doesn’t really shed much.

Ah, the pug. Tiny in stature, but large in love, the pug is a low-maintenance dog, just right for folks who live a lax life. 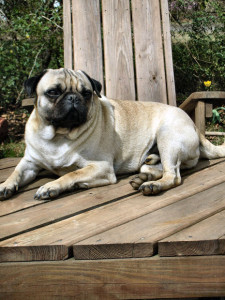 Energy level. Not much, generally. Some pugs get excited easily, but in general you don’t really want to exercise the pug too much. They’re breathing is already an issue, so it’s not good for them to exert themselves.

Space invader? Hardly. Pugs are, at most, 18 pounds (although if you overfeed your pug, you might end up with a super-pug). Even at 18 pounds, pugs come in at no higher than 1 foot, easy to misplace beneath your growing pile of clothes.

Health concerns. So-so. Well, here’s one drawback (another below). That breathing is going to be an issue down the road, perhaps (it’s certainly an issue if you don’t like snorers). But most pugs do fine throughout life. Your yearly checkup should be fine, for the most part.

Training. Low. Pugs are loving dogs that won’t be dangerous to children or other animals. They do, however, love to sit wherever you are, so if you don’t want that behavior around, training is in order.

Cleanup. Moderate. Pugs do shed, so cleanup will be a necessity. But here’s some added cleanup duties – see those lovely wrinkles along his body? They need a cleaning every now and then to avoid infection. Good thing your pug is tiny!

Oh the chihuahua. A cool name. A strange look. The tiniest dog on this planet, how could the chihuahua not be ideal for lazy folks? 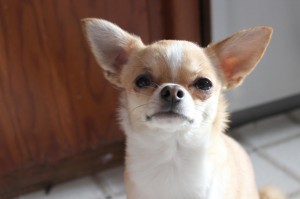 Energy level. Low. You’ll get the occasional crazy chihuahua now and then, but even he’ll grow out of that. Chihuahuas tend to be like that 12 year old dog you had growing up – chill and lazy.

Space invader? Zero. Seriously, your cat’s bigger than this dog. Your goldfish might be, too. The chihuahua brings all of his 2 – 6 pounds to the ring, wrapped inside a 9-inch-high body. Health concerns. Sigh. No dog is perfect, right? Chihuahuas have several genetic issues that you should stay vigilant about, including epilepsy, seizure disorders, heart problems and collapsed trachea.

Training. Low to moderate. It depends on your own situation. Do you live alone or without children or other animals? Then you’re good to go. If you have other dogs or children, then you might have some issues. These dogs like to have one master, not two, and will act out when others come into the mix.

Cleanup. Low. Like, really low. I know some lazy people. They have chihuahuas. I don’t recommend this practice personally, but it hints at your possibilities – they lay out newspapers and pee pads in one corner of the room. That’s where the dog goes 90% of the time. At the end of the day, they pick up the pads, toss them out, and start again.

Named for its purpose (to control rats on a farm) this breed isn’t the first that comes to mind for any dog owners, which is a shame, because if they’re good enough for  Teddy Roosevelt, my goodness they should be good enough for us! 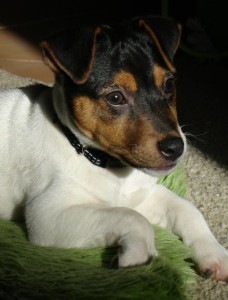 Energy level. Low. It’s surprising to learn that these terriers love to do nothing. They also love to burn off some energy, too. However, here’s the part lazy folks like: they love backyards (it’s that whole terrier thing). So if you have a fenced in backyard, you could give your Rat Terrier a great little life, although walks would still be nice.

Space invader? Moderate. He’s not the smallest dog on the list (25 pounds, about a foot tall), but he’ll act like it. He curls up into a ball of nothing and becomes adept at staying out of the way.

Health concerns. Low. There’s nothing glaring about his genetic makeup. Unlike a chihuahua, plagued with potential issues, the Rat Terrier is fairly healthy .

Training. Low. He’s a smart cookie that is ready to learn if you want to train him, but comes pre-programmed with the ability to get along with all types of people and animals.

Cleanup. Moderate. He’s a bigger dog, so cleaning up after he does his business can be tiresome for lazy folks, but his smooth coat offers little shedding.

Ah, the Greyhound. Who would have thought that a running dog would make the list? The “45-mile-per-hour couch potato” as they are known, can run fast, real fast, if they must. But once they’ve taken off their running shoes for the days, they’re as relaxed as Snoop Dogg (er, Lion) in Jamaica. 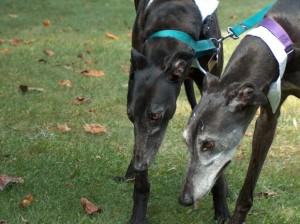 Energy level. Moderate. A simple 20-30 minute walk is usually enough each day for a greyhound.

Space invader? Low. Surprised? Sure, since they are as big as 70 pounds and 2 ½ feet high, you’d think they ate up space. But they don’t. They’re quiet and gentle and are less likely to scurry around small places than a smaller breed.

Health concerns. A mixed bag. Many greyhounds are rescues and there’s no telling what those years of racing did to them. But in general, they may face skin sensitivities and they don’t react well to extreme temperatures.

Training. Low. They’re kind and gentle, so training is minimal, but you’ll want to instill some training around small children, just because of the dog’s size.

Cleanup. Low. Here’s a great thing about this dog (which is why it doesn’t like extreme temperatures). It doesn’t have an undercoat, making cleanup manageable.