Home Animal Welfare Are the Exotic Pet Laws In Ohio too Strict? 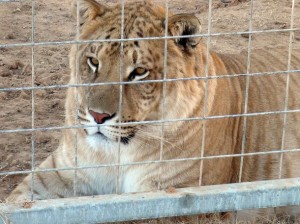 Zanesville, Ohio has been called the “wild west of animal ownership” with good reason. The large number of exotic pets living in Ohio reaches into the thousands. Up until recently there have been no regulations on the ownership of exotic animals in Ohio. It took one deadly night to change that.

In 2011 a tragic and deadly slaughter took place in Zanesville, Ohio. 48 exotic animals died. Among the dead were 18 rare bengal tigers, 17 lions, 6 black bears, 2 grizzly bears, 3 mountain lions, 2 wolves, and a baboon. They were released into the small town by the preserve owner, Terry Thompson. These exotic animals were kept as pets by Thompson and before he committed suicide he let them free in the rural town of Zanesville, Ohio. Calls from confused and scared citizen poured into Animal Control and the Police Station when they spotted the animals near the highways and in parking lots. Police officers feared for the public’s safety and due to the large number of animals let loose, they were forced to kill the animals before they could inflict damage to innocent people.

Due to this tragic event, Ohio legislation drafted the Dangerous Wild Animal Bill to help protect exotic animals, and potentially the public, from another fatal event. The law was signed into office by Ohio Governor John Kasich on June 5, 2012. The law has immediate, as well as delayed, regulations. There is a ban on trading and selling exotic animals and all current exotic pet owners are required to register with the state.

This strict and extensive law is receiving a lot of criticism. As of right now only about 400 animals have been registered but they are claiming thousands are still thought to being kept illegally and without permits. According to the Arrowhead Reptile Rescue, they already received calls from at least 100 pet owners looking to relinquish their pets.

If you are living in Ohio and would like more information visit Ohio’s Department of Agriculture website. To find out how many exotic pets are living in your area, use this zip code tool on www.zanesvilletimesrecorder.com.