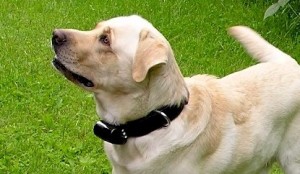 Whether we subscribe to them or not, I’m sure we all have some sort of reaction to electric/shock collars. Many of us see them as a distant cousin of electric-shock therapy, while others of us see them as a saving grace for dog training, particularly with redzone dogs or to instill good off-leash manners.

So, are electric/shock collars helpful, harmful, or useless for dog training?

When are electric shock collars used

Electric collars can be used for nearly any situation, but the most common reasons trainers and owners use these collars are for:

These collars are also used to prepare dogs for worse-case scenarios, such as to avoid certain animals (like snakes). An example of this would be to “shock” the dog when he nears a caged snake, so that he learns that snakes, in general, should be avoided.

First, let’s tease out the shock

It’s entirely up to you which mode you prefer to choose when training your dog. Obviously the shock mode method is the most controversial, but, if used sparingly, can correct a dog (or stop him in his tracks) if he’s portraying particularly dangerous behavior. If you just want your dog to drop a stick, perhaps the shock mode is not the most beneficial.

Many people find is useful to associate the beeping with a positive behavior (a clicker training alternative), the vibration with correcting unwanted behavior, and the shock in worse-case, rare occasions.

Next, let’s talk about the pros

So, chances are you have your opinion on these collars already, but let’s go over the pros and cons. First, the pros.

He should know what’s wrong, with or without you. For starters, one of the goals of most trainers is for a dog to understand a behavior to be wrong, not because “I said so” but because it’s the wrong behavior.

If a dog only made a choice based on “I’m around and I said so,” then there’s still a chance that dog will act out when we’re not around. Electric collars allow us to correct a behavior from afar so that the dog doesn’t associate YOU as the corrector.

For example, let’s say you’re in your backyard, and your dog begins to start digging up a hole. Your first instinct might be to shout his name and say NO. Of course, that’s a bad route to take, because you never want to associate his name with something negative (this will hurt your chances of having a dog that willingly comes when called). So, you remember you have his electric collar on. Hooray! You beep it, or vibrate it, or, if you must, use the shock mode. This snaps your dog out of his digging mode, and hopefully averts his attention to you. (Now would be a good time to call him over).

Tip: If you plan on using any mode as a corrector, then don’t use it as a reward marker, ever. For example, if you train your dog to sit and use the beep mode before giving him a treat, don’t use the beep mode to try to stop him from digging, He’ll only think he’s doing something right.

There are also bark collars (and invisible fences) that respond to your dog’s actions, even if you’re not in eye/earshot. If your dog barks, he’ll get a sensation (or maybe even a spray in the nose). Same goes for if he wanders too close to your fenceline.

You have more control over the stimulus. It’s interesting that people who object to electric collars are okay with muzzle slaps, choke chains or leash jerks. All of these techniques (including electric collars) are forms of correction tools. The main difference is, with electric collars, you have much more control over the stimulus. With a choke chain, your dog could continue to do damage without your knowing it. Using a leash jerk (snapping the leash to correct behavior) could do extensive damage to a dog’s neck, particularly if you have a smaller breed dog. Slapping your dog’s muzzle (as in “You peed in the house, bad dog!”) can do extensive physical and mental trauma to a dog. It could also damage your bond with your dog because it’s obvious that you are the cause of the pain.

With electric collars, you can control the level of the stimulus, and you have control over how long the stimulus goes for.

It’s not me … it’s you. Lastly, as we mentioned briefly above, you don’t want to hurt the bond you have with your dog by causing it any discomfort. Slapping your dog’s muzzle is a good way to do that! Electric collars are like the scapegoat, the middleman, the wall you hide behind. If you do it right, your dog will never realize that you have control over the stimulus. This keeps you in his good graces.

Now that we’ve gone over some positive features of an electric collar, let’s discuss some negatives.

Building an aggressive dog. Studies show that dogs who are contained in an electronic environment (such as within an electric fence, or under the control of an electric collar, demonstrate more aggression towards humans. It’s important the anyone using an electric collar not overdo its usage. Furthermore, you must make sure the dog isn’t building an association between the stimulus and you, the human.

Getting used to it. Some dogs grow accustomed to the beep, vibration, or heck, even the shock. This could lead into some pretty dangerous results. For example, let’s say that the dog tolerates the shock of the collar long enough to run away from the distance in which your remote can reach the collar. In essence, the dog has just learned that if it tolerates the discomfort long enough, it’ll have freedom. Your collar just became moot.

The electric collar will always be controversial, even if you, the dog owner, never use the shock mode. But it’s important that you cast aside the peanut gallery and take into consideration your needs and issues. First, are you comfortable with the idea of an electric collar? Second, are you ready to use it wisely so as not to cause physical or mental trauma? Third, do you know how to make sure your dog doesn’t associate you with the stimulus?

Before you make your final decision, seek the advice of your veterinarian. While you may assume that vets will automatically discredit these collars, the reality is vets know that each dog, and dog owner is unique. We all have different needs.