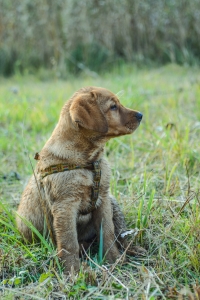 Dog owners routinely give their pets medications that are sold both over-the-counter and through veterinary offices in order to avoid infestations of fleas, ticks, heartworm, and other parasites. But some drugs can do more harm than good, and it isn’t uncommon to hear about these types of medications causing serious illnesses and even death in dogs that receive them.

Reports regarding the drug Trifexis have been hitting the news media, and as of November 2013, the drug has been linked to hundreds of deaths. Continue reading to learn more about this medication and what it has done to dogs who received it.

Hundreds of Dog Deaths Attributed to the Use of Trifexis

Up to 700 dogs have died as a result of the use of Trifexis in 2013 alone, and that figure may continue to climb as more pet owners step forward. In the meantime, that number has already outdone the number of dog deaths caused by the controversial chicken jerky treats from China. In fact, according to Dogs Naturally Magazine, 120 more dog deaths have been caused by Trifexis than by the contaminated jerky treats.

Dog owners want only the best for their pets, but the problem is that veterinarians routinely prescribe drugs that have serious side effects, and owners simply trust in these doctors’ opinions and expertise. For dog owners who wanted to give their pets just one drug that would work to prevent the infestation of a variety of parasites, Trifexis seemed like a great idea.

Trifexis works at preventing flea, tick, and parasitic infections in canines. It’s been available for about three years already, so it’s highly likely that thousands of dogs have already been treated with it. And when you take a look at the results of clinical trials carried out using the drug, the most common side effects listed include depression, lethargy, vomiting, anorexia, trembling, diarrhea, itching, reddening of the skin, hypersalivation, seizures, and lack of coordination.

The Ingredients in Trifexis

Spinosad and milbemycin oxime are the active ingredients in Trifexis. Spinosad is a pesticide that leads to tremors, involuntary muscle contractions, paralysis, and death in insects like fleas, and it’s even used to treat head lice in humans. However, it’s known to cause toxicity when used in combination with Heartgard’s active ingredient, ivermectin. Therefore, Trifexis posted this warning on its website.

Milbemycin oxime is also used to paralyze and kill parasites, but it’s been shown to be largely ineffective when it comes to getting rid of heartworm and other parasites like hookworms.

Unfortunately, despite so many owners saying their dogs became ill and died following administration of Trifexis, the AVMA, the FDA, and Elanco (Trifexis’ manufacturer) are claiming the deaths were unrelated to the use of the drug. The problem, however, is that the independent pathologist who issued the report used to work for Elanco from 1985-2004. It’s no wonder that so many pet owners are skeptical.

A Facebook page, “Does Trifexis Kill Dogs?” has been started so that a community of pet owners can share information with one another. Before administering any medications to your pets, do your research and ask plenty of questions about side effects to ensure the drugs are safe.