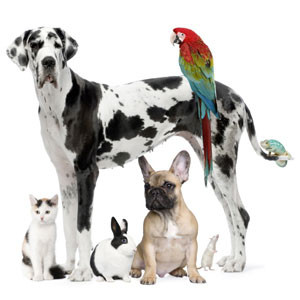 “One in five [voters] say they prefer to spend time with their pets over most human beings.” The results of the American Pets Poll won’t surprise anyone….unless you’re the owner of a pet alligator. The Public Policy Polling Company published their findings of a National Pet Poll with bizarre and eccentric results; of course the fault may lay with the unconventional questions.
Only 31% of voters own cats; which may explain the results of the age of question dogs or cats? According to the Public Policy Poll, 52% of voters chose to have a dog as a pet over just 21% who preferred cats. And what about all the cat loving owners so frequently stereotyped as “crazy cat ladies (or men)”? Only 23% of voters agree that “cat owners are weirder than dog owners.” The power struggle so often played out in movies between cats and dogs is a constant battle between likeability and brains. The Public Policy Poll asked voters, “which would make a better President based on their personalities”. The results, like the ending of cartoons, are mixed with 37% barking for dogs, 19% cats, and 45% undecided.
What about all the pet parents who let their fur kids share a king size mattress? The voter pool was full of bed sharing owners at 31% – a third of respondents. According to the poll those might have been women. “Women are slightly more likely to own a pet (64%) than men (58%).” Women also spend more time caring for their pets than men do.
Don’t worry exotic pet owners you were not left out of this poll. The choices to own an exotic pet were between an alligator, a dinosaur, an elephant, a tiger, a giraffe, a polar bear. Admittedly, these are not the most frequently purchased exotic pets – although a pet elephant would be the talk of the cold-a-sac. The results ended with a tiger in the lead with 26% of votes, followed by a giraffe (20%), a dinosaur (18%), an elephant (16%), a polar bear (14%), and an alligator (6%).
To see more results from this unusual American Pets Poll, visit the Public Policy Polling website.