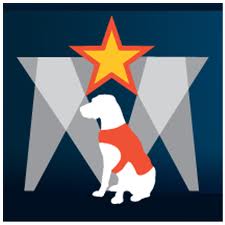 Cast your vote for the 2013 American Hero Dog. 2013 will be the third annual American Humane Association Hero Dog Awards. Any dog can be submitted for the award by a person 18 or older and put into one of the following categories: Law Enforcement, Service, Therapy, Hearing, Emerging Hero, Military, Guide, and Search and Rescue.

The first ever dog to win the Hero Dog Awards in 2011 was Roselle, a guide dog. Roselle bravely led her blind owner down 78 flights of stairs during the attacks on 9/11. Roselle was a golden retriever with an amazing ability to focus and save her owner’s life.
The 2012 American Hero Dog is Gabe. Gabe is also a golden retriever, who is a specialized search dog working for the US Military. Gabe and his handler completed over 200 search missions to find explosives in the field. His acts of heroism and bravery saved hundreds of soldiers’ lives in Iraq.

This year there are already 140 dogs nominated across all the categories hoping to be recognized for acts of bravery, heroism, and love. Among the nominees is Copper from New Milford, Connecticut. Copper is a rescue dog who was saved from a high kill shelter when he was only three months old. Soon after settling into his new home, Copper found his stride alerting his Veteran mom to PTSD triggers. Copper started training as a service dog. When the tragedy at the Newtown Elementary School happened, Copper found a new calling. He became a therapy dog. For up to 12 hours a day, he helps the students heal. Copper still visits the children with a wagging tail and wet kisses to give. Learn more about Copper.

Deirdre is a golden retriever from San Jose, California who assists with the continued development of her owner after he was in a devastating car accident. Deirdre has helped him with motor skills, independence, and overall well being. She can sense his needs and even lays across his feet when he can’t keep them sill himelf. Read about Deidre’s story.

Many of these dogs are rescues. Like Bosco, a deaf dog from Colorado Springs, Colorado. Bosco has amazing sensing abilities that saved her mom’s life by alerting her to her own dangerously low sugar levels. Bosco’s alerts are always 100 percent right when checked against a glucometer. In additional to sensing her moms sugar levels, Bosco also sensed an oncoming seizure of a car driver while her family was on a road trip. Knowing Bosco’s abilities, they pulled the car over and was able to save the drivers and her family’s lives.

Stories of loyalty and life saving instincts are on each nominees page. Visit the American Hero Dog Awards and vote now. Winners will be announced on October 5, 2013.