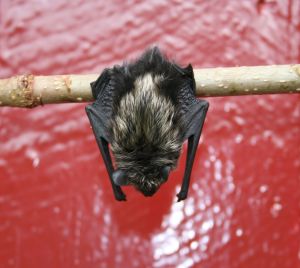 Just like humans, animals need to get a few good hours of sleep in order to function at their best, but the ways in which different species catch some much-needed z’s may surprise you. From your domesticated pets to wild animals living in the sea, continue reading to learn about some of the incredible ways that animals rest up to maintain peak performance and survive.

Dolphins: Resting One Half of the Brain

Different dolphin species are found throughout the world, but one thing they have in common is the ability to turn half of the brain off while remaining alert to their surroundings and possible dangers with the other half. By shutting down one hemisphere of the brain, they can get some necessary rest before alternating to the other hemisphere.

Your pet cat is notorious for loving sleep. But you probably didn’t realize that she can log about 14 hours of sleep, on average, every day. That leaves around 10 waking hours to enjoy playtime, cuddle time, and feasting on treats and meals. And you may also notice that your cat is ready to run a marathon around your house at night even though she just spent most of the daylight hours asleep. This is because felines love to hunt at night. Plus, because big cats in the wild don’t have many predators to worry about, they can enjoy snoozing all day without fear. So while it may seem backwards to us, it’s perfectly normal for your feline to sleep the day away.

Ants: Sleeping for a Minute at a Time

Although ants seem like they are constantly in motion, it turns out that they can sleep more than 200 times per day. This is even true of the worker ants, who are continually busy. The trick, though, is sleeping for only about a minute at a time. Talk about a power nap!

Desert Snails: The Ability to Sleep for Years

Not all snails can sleep for years, but the desert snail, which can live up to 15 years, can actually hibernate for three full years. These creatures need to stay moist to survive, which can be difficult when living in harsh desert climes. Therefore, they bury themselves underground in order to protect themselves until the environment becomes more suitable. They protect themselves in the meantime by sealing themselves into their shells using extra mucus. Their metabolism then slows down and the animals are able to survive off of fat stores until they awaken.

Bats: The Upside Down Sleepers

There are actually quite a few good reasons why bats sleep while they are hanging upside down. This seemingly awkward position keeps them safe from many predators, as it keeps them out of the line of sight of other species that would attack them while they slept. And if they ever do feel threatened, this position also gives them the chance to quickly take flight and get away to safety. This is because bats aren’t strong enough to start flying from a standing position; instead, they need to literally fall into flying with their delicate and lightweight wings.