Home News House Pets The Hybrid Wolf Allure: What Fascinates Us About the Wolfdog? 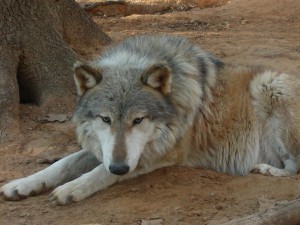 You probably thought that vampires were the new fad after the Twilight books and films, right? But since vampires are hard to come by (we think), the non-human creature that has garnered much popularity in recent years is the wolf.

Of course, the idea of domesticating a wolf sounds rather unfeasible, which is why the hybrid wolf, known as the wolfdog, has become so popular. But is the wolfdog a good pet, or it is just a wild animal in sheep’s clothing?

What is a wolfdog, or hybrid wolf?

Firstly, it’s important to understand the misconceptions of the term ‘hybrid.’ A hybrid, technically speaking, in the crossbreed of two or more different recognized breeds of dogs, like Pit Bull and Boxer. So when we talk about a wolfdog, we’re talking about something different. While Pit Bulls, French Bulldogs, Dachshunds and Dalmatians are all different breeds, they are all Canis lupus familiaris. When you mix a dog with a wolf (typically gray wolf), you’re missing your run-of-the-mill dog with different type of Canis lupus.

The U.S. has the largest reported population of wolfdogs in the world, reported somewhere around 300,000 or more. A dog is officially a wolfdog if there is a trace of pure wolf ancestor in its bloodline within the last five generations (the wolfdog’s great-great-great grandparent).

First generation wolfdogs are generally the result of a gray wolf crossbreeding with a wolf-like dog such as German Shepherd, Siberian Husky or Alaskan Malamute. This is because would-be wolfdog owners are looking for that wolf look. Interestingly enough, while all dogs can be traced back to wolves, the German Shepherd bloodline is the first documented use of pure wolf genes used to create a domestic dog breed.

Is a wolfdog a pet or a wild animal?

As many as 40 US states forbid the ownership, breeding, or importing of wolfdogs, while many others impose regulations. The Humane Society of the US consider wolfdogs to be wild animals, and want to see an international ban of the private possession, breeding and sale of these dogs.

But proponents of wolfdogs cry foul. They point to evidence that wolfdogs are naturally healthy animals, not affected by inherited diseases like many other dogs. And because of this hybrid mix, the wolfdog pup is generally healthier than his parents due to what is called heterosis, or the improved function of biological qualities found in hybrid offsprings.

But there’s the concern about how tame a wolfdog is. Wolves are often thought of as dangerous predators. Wolf lovers and behaviorists tend to question that belief. Wolves have long been afraid of humans, they say. Evolution has taught them to stay clear of humans, who pose a threat to them. Therefore, many wolfdog owners claim that their pets are shy, rather than scary.

Still, the idea of domesticating a wild animal, such as a wolf (even part wolf) is enough to raise the hair on the back of our necks, isn’t it? Is it safe to have one of these animals prancing around your neighborhood? Is it any more dangerous than a pit bull, or chihuahua?

One of the problems with wolfdogs is the unknown breeding background. Since wolfdogs are banned in many states, the quality of wolfdog breeders available is hard to gauge. While there are other, reputable wolfdog breeders around, many people who have gone into this field do not have the expertise needed to ensure quality offspring.

Perhaps even more likely than wolfdog on human attacks is the potential of a wolfdog-on-dog attacks. Wolves are territorial, and protective of their pack. Who’s to say that dogs at a dog park won’t be deemed a threat to a wolfdog, who’ll then unleash a wild inner-beast that few domesticated dogs would know how to respond to?

The question is: do wolfdogs make worthy pets? Or should they be kept in the wild?