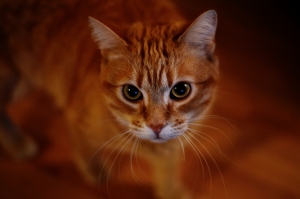 Two teenage girls from South Portland, Maine, garnered national (and international) attention earlier this month, but not for anything they or their families would be proud of. Thanks to a 10-second video posted to Twitter that captures the whole affair, the two teens face animal cruelty charges for allegedly putting a kitten inside a microwave … then turning the microwave on.

The video shows one girl put the cat (who was around 8 weeks old) in the microwave, close the door, and appear to turn it on. The cat survived, and was turned over to an animal shelter. The two South Portland High School students were issued summonses to appear in court.

If you Google “Cat in Microwave,” you’ll find pages related to this particular incident, even from as far away as the UK (The Mirror reported on the story). But with a little bit of digging, you’ll also find other related stories, demonstrating that what these two teens allegedly did is far from rare.

In August 2012, UK’s the Independent reported on an 8-year-old boy who allegedly placed his neighbor’s cat in a microwave. The Guardian (also from the UK) reported that Colin Sherlock was jailed for four months for putting his cat in a microwave, tumble drier, and freezer during a drunken outburst. A friend filmed him every step of the way.

While this isn’t an epidemic, it’s far more common than it should be, particularly when children are involved. Causes.com has a pretty controversial page set up, created in 2008 that targeted two teenage boys who had microwaved a kitten, to the point that the kitten died. The page, titled “Send the teens who murdered a cat/kitten in a microwave to jail” was an online petition of sorts, urging people to voice their opinions about the actions of these boys, and what their consequences should be.

“Serial Killers, Violent Offenders begin their reign of terror & murder with animals; cats, dogs, animals … This soon does not fulfill their fantasies & they move on to human prey …” It’s worth noting that when profiling violent offenders, investigators often (basically always) determine if, as children, these people tortured animals.

While no one is implying that the two teens involved in the Maine incident are on their way toward a life of serial killing, one can assume that this act goes beyond pure adolescent naivety, to the point of lack of empathy. Whether it was due to peer pressure or the idea of “15 minutes of fame,” a majority of people, 15 or 50, would realize that microwaving a living being is just pure evil. The fact that these two girls either didn’t realize that, or preferred to cast that notion aside, certainly does not paint a pretty picture of their future.

The Causes.com commenter may take her thoughts to the extreme, but her point is worth noting – something is a bit “off” with anyone who’s capable of such harm. Even an 8 year old, who really doesn’t know better, needs to be taught better, or else he or she will never learn that all important emotion – empathy.

The verdict – it’s up to you

While we have to attach the word “alleged” to any act that hasn’t seen its day in court, let’s assume that the teens did, in fact, turn on that microwave. What should be their punishment? Factor in that they’re 15. Is that old enough to know better, or young enough to still be ignorant? What punishment fits this crime? Will community service teach them a lesson? Will jail time? Counseling?

It’s up to you. Let us hear your thoughts.