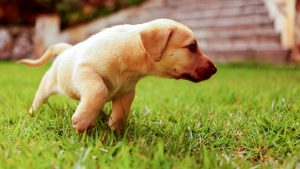 We think we’re doing everything right. We get dog collars, leashes and tags. We implant chips, train our pets and never let them out of our sight. Yet it’s still very possible that – despite all we’ve done to avoid it – we’ll be one of the thousands of people each year who experience the trauma of a lost dog.

If you’ve lost a dog, you might instantly fall into a panic, and assume that all hope is gone. But recovering your lost dog is not a rare feat – dogs get lost … and found … all the time. By taking these steps you can increase your chances of finding your lost pet.

Get inside the mind of your dog

That sounds very mystical, doesn’t it? Get inside the mind of your dog? But knowing why your dog ran away can help you narrow down where he went. Dogs typically run away for the following reasons:

Beyond knowing why your dog might have run away, it also helps to know how far he can go. When prisoners escape, a perimeter is established to try and trap the prisoner. You can also establish a perimeter for your missing dog, as long as you act fact.

Big dogs that are young or in their prime can run up to 5 or 6 miles, while smaller dogs tend to take it easy after less than a mile. Regardless of how far your dog can run, it’s not like he’s going to be running a straight line. Most dogs are recovered within a two-mile radius of their home, because they tend to dart around and zig-zag.

What personality does your dog possess?

If your dog is an outgoing and friendly dog, it’s more than likely you’ll find him in a neighbor’s yard or public park. If, on the other hand, your dog is shy, expect to find him under cars or bushes.

Keep in mind, your dog might have been taken in

Have you ever seen a lost dog wandering the streets and thought to yourself, “I should do something about that”? You’re not alone. Studies show that many dogs are taken in by strangers who then look to reunite dog with owner. Thus, if you don’t find your dog wandering the streets, take the next logical steps – go to your local police department. This is the first place most people call or contact when they’ve taken in, or even seen, a lost dog.

Towns have animal control officers who’ll then answer the call, and, if the dog is still lost, attempt to recover it.

Your best approach is a two-prong approach. One person should search for your dog, while the other one contacts the police department.

Define and refine your perimeter

Assuming you’ve established your dog’s personality and likely motivation for running away, and you’ve had someone contact the local PD, it’s time to define and refine your perimeter. Remember how far your dog is likely to have traveled and create a virtual circle around that area. Think of all the places your dog could and would go to for company, comfort or food (comfort for an outgoing dog is different than comfort for a shy dog, remember).

Does your dog have any canine friends in the area? Has he been given treats by someone down the street before? Do you live near a bakery or restaurant?  Does your dog flock to children? Maybe the local school drew him in?  These are all logical first places to look.

But if you still can’t find your dog after these initial searches, it’s time to get everyone else involved

It takes a village…

It’s time to make signs, and not just poorly printed black and white signs, but eye catching signs. This is about to be the most important marketing endeavor of your life, so create signs that will draw attention and motivate people to be on the lookout for your dog.

Include the best possible picture of your dog, and, if possible, include two. If you don’t have a high quality image, then (as a compromise) use an image from the web that closely resembles your dog.

If you live in a culturally diverse neighborhood (your neighborhood, at this moment, refers to your designated perimeter in which your dog likely traveled), then make bilingual signs as well.

On your sign include the plea  (Please help us find NAME OF DOG), as well as basic information (He’s a 2-Year-Old Pitbull Boxer), and include any specific markings or details (color of collar, etc.). It’s up to you if you want to offer a reward, but don’t forget to also include your contact information.

Now that your signs are made and printed, post them in the areas where people congregate, such as stores, libraries, your local vet, as well as where people in cars slow down (near traffic lights, stop signs).

Now that you’ve done your part in your community, it’s time to use the power of the web. Mail a version of your sign to vets in the area, groomers, kennels, animal hospitals, shelters, pet stores and more. All of these places will help you with your search, and they’ll add more vigilant eyes. This will also help them to identify your dog if they happen to come across him. Expand this process to cities and town 20 or 30 miles away. Don’t be shy. Use the web to your advantage. You’ve made the biggest  push in your local area, but now’s the time to virtually expand your perimeter and cover all of your bases.

And finally … calm down.

You’re going to want to search day and night for your dog, but you have to keep it within reason. Set up certain times and hours to canvas the neighborhood. Ideal times are early mornings, before traffic picks up.

Will this guarantee you find your lost dog? No, sadly not. But it at least greatly improves your chances, and let’s you feel like you’ve done all that you could to help your pet. It’s important to not let this overwhelm you, as losing your dog will be one of the most stressful times of your life. Hopefully you’ll survive this ordeal with a happy ending.