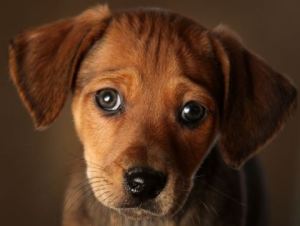 Illinois is getting set to become the latest state to enact a puppy lemon law. The bill has passed the Senate with a vote of 31-18 in favor and is now moving on to the House. If successful, it will join a list of twenty other states that have puppy lemon laws in place. Although some feel the Illinois bill does not go far enough – it applies only to pets purchased through pet stores and excludes shelters and hobby breeders – it is undeniably a move in the right direction.

Puppy lemon laws are meant to protect purchasers who unknowingly buy an animal that is ill or suffers from a congenital or genetic defect that makes it unable to live a normal life. They vary widely in strength with some being more inclusive than others. Illinois is offering protection for 21 days from purchase against illness, providing lots of room for the ten to fourteen day incubation period of some diseases. Many states only offer a fourteen day period for this type of coverage, thereby eliminating many diseases from being included due to their incubation period extending beyond the two week period.

Some states do include breeders and cover puppies purchased directly from breeders. Most do not cover shelters since they do not always know the history of an animal and are not operating on a for-profit basis as a general rule. Most shelters and rescue groups are charities, charging only enough to cover the care of the animals. In states that do not have puppy lemon laws, small claims court has been used to recover expenses in some cases.

Unfortunately, most puppies sold in pet stores come from what are politely called “commercial breeders”. These are people who breed dogs to make a profit. They often have dogs crammed into small cages and unsanitary conditions with the sole goal of pumping out more puppies until they no longer can. At that point they are often discarded or disposed of.

When purchasing a pet you should always seek out an opportunity to meet your puppy or kitten’s parents. A good breeder cares where the animal will be living and will have lots of questions for you about your lifestyle and expectations of your new pet. They will also have a written bill of sale that clearly outlines their guarantees including a health guarantee. Quite honestly, the health guarantee against genetic diseases should extend at least two years and preferably five or more. Many diseases do not show up until adulthood and a year, which is what most puppy lemon laws cover, is insufficient.

Nonetheless, puppy lemon laws are a good way to make those who sell animals more accountable for their actions. Hopefully the Illinois bill will pass at the House level as well.