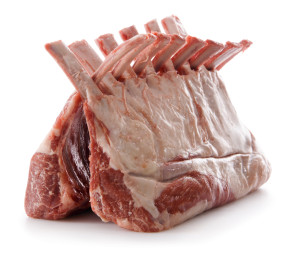 This is when kosher is anything but.

The footage was shown on the Colbotech show and revealed the following:

The lawsuit, for $55 million, calls out to “any person who has purchased … over the seven year period prior to the filing of this appeal, meat products produced by the brand ‘Adom Adom,’ and who, because of watching the investigation on Colbotech … has suffered emotional anguish and damage to their private autonomy.”

An Israeli court is determining whether there’s merit to the suit. The issue is not the mistreatment of the animals, but whether the treatment justifies monetary compensation.

Truvia argues that the group pushing forward with the lawsuit (Anonymous for Animal Rights) cannot be considered a cheated consumer since the group is the entity that exposed the violations, in the hopes of getting the plant closed down.

It’s worth noting that in many cases, the meat coming from this particular slaughterhouse has already been deemed as treif (non-kosher) because of bone fractures and other imperfections.

Kosher foods must conform to the rules of kashrut (Jewish dietary laws). There are many factors that decide whether a food is kosher or treif. Some examples are:

Traditional Jewish thought follows the belief that animals must be killed by a single cut across the throat (at an exact depth and location) so that the animal bleeds to death without unnecessary suffering. Many animal activists say that this method doesn’t guarantee that the animal will lose consciousness immediately, thus unneeded suffering can happen.

A shochet usually oversees the slaughter to ensure it’s in line with kosher rules.