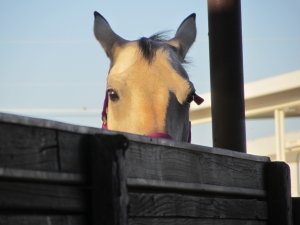 A scene in the movie “The Terminator” shows a man pausing at a pair of guard dogs and letting them sniff him prior to entering a compound.  Zombie movies regularly feature dogs as warning for incoming attacks.  People use dogs for home protection to warn them of intruders or fires.  Dogs are used to monitor people for seizures or diabetes.  We expect dogs to fill these roles as their innate intuition lets them serve a need that humans or machines cannot fulfill.

But what are dogs really doing?  Do dogs have a sixth sense?  Scientists have debated this for years and still cannot completely explain some of the dog’s behaviors.

Animals have long been credited with predicting earthquakes.  Horse-owners in California have often mentioned how their horses refused to enter barns just prior to an earthquake.  Dogs are also credited with warning people of impending earthquakes, there are documented reports of dogs pacing and whining in the days leading up to a quake.  In 1975 the Chinese city of Haicheng heeded the warning given by local animals and evacuated the city prior to a 7.3 magnitude.  A separate study showed a 50% increase in activity and anxiety in 200 dogs the day prior to a 6.8 magnitude quake. So do dogs really have some kind of ESP?  Or are they able to hear the scraping or grinding of the earth that precede these events?

Dogs have become a valuable tool in treating medical illnesses.  They have the innate ability to alert their owners to impending seizures or a drop in blood sugar.  Their alerts allow their owner to take action prior to the event.  But is this a sixth sense or is the dog’s sense of smell detecting minute changes in body chemistry that alert them to the impending event?  A dog’s sense of smell is capable of detecting a change in body chemistry and is now being used to detect cancers.  Their noses are so sensitive they can detect defective cells long before even the most sensitive equipment.

A horse-owner recently reported strange behavior from her dog.  A normally quiet and reserved dog stood at the back door alert at 2am staring out at the barn 100 yards away.  He barked occasionally until she came to investigate.  She looked through the yard and saw nothing unusual until she went to the barn.  A horse had gotten stuck against the wall and could not get up without help.  This same dog went on to alert her to other things as well including loose horses, a mare giving birth and even a horse colicking.  Was her dog communicating with the horses via telepathy or did his acute hearing alert him that something was amiss?

Dog’s regularly tell us when someone is about to arrive.  They lift their heads and go look out the front window.  But is this a sixth sense or do they hear the sound of footsteps or possibly the tread of a tire?  Or, have they developed a routine of knowing when a person is going to be there?  A study was conducted with an owner and his dog when a family reported that the dog always got up and went to the window within a minute or two of him leaving his office 30 miles away.  They recorded 100 consecutive work days of this event with the owner leaving at various times.  Was this dog psychically linked to his owner and knew the minute he was coming home even on days he was late?

A dog’s intuition is a valuable asset to our lives and may save our lives someday if we listen to it.  Science can explain some of the things that they do but others will remain a mystery we might never quite understand.