Home News House Pets I wish my dog ate my homework, but instead he ate this… 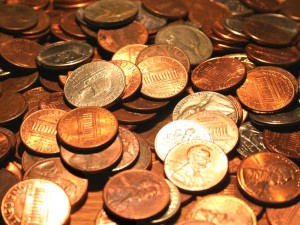 A 13 year old Jack Russell Terrier, named Jack, gave his owner, Tim Kelleher, a scare recently. When trying to reach a bag of bagels, he managed to knock over both bagels and a bag of change. While licking up the crumbs he also managed to ingest $1.11 in pennies.

The zinc in coins can be potentially lethal and Jack began vomiting a short while later. He was rushed to a Manhattan veterinarian where he received over two hours of emergency surgery to remove the coins. It is important to keep a close eye on dogs. Many are more than willing to make less than healthy dietary choices. Jack and the dogs listed below got lucky and all made a full recovery but their adventure could have easily ended badly. Below are some of the most unique things dogs have eaten.

In an attempt to prevent another dog from getting a rubber ducky toy, Ozzie, a 7 year old Staffordshire Bull Terrier, ate the duck. He swallowed it whole. Showing that Ozzie doesn’t have the market on toys cornered, Alfie, a spaniel, ate a rubber dog. Betty, a bull terrier puppy, ate a 10.5 inch long toy arrow. Pip, a whippet puppy, did some magic and swallowed a whole fairy wand. The vet had to do more magic to get it out. Meanwhile Bracken, a Labrador retriever, had a ball, literally. He ate a soccer ball.

Some dogs take the tact that if one is good, eating a few more can’t hurt. One Labrador retriever ate 13 rocks. Bertie, a pointer x bloodhound, ate a golf ball. When his owner took him to the vet, an x-ray revealed that he had eaten a total of 9 golf balls and a bullet. Lulu, a two year old English bulldog, ate 15 pacifiers, a piece of basketball, and a bottle cap. But surely the queen of numbers is Roxy, a bassett hound that ate 130 nails. 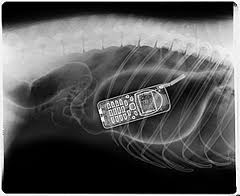 A Great Dane puppy ate a two foot long stick. Apachee, a 10 year old Husky, ate a fork. He was lucky, requiring several surgeries to repair the damage done by the fork as it went down his throat. Oscar, a shih tzu, decided to eat a mackerel and the hook it was attached to. Most impressive though would be Kyle, a 6 month old Staffordshire bull terrier. Kyle was only 18 inches long when he managed to swallow a 15 inch long serrated knife.

Taking a page from the movies, Nero, a Great Dane x Doberman, ate a mobile phone. Sax, a Labrador retriever puppy, ate an engagement ring. It’s amazing what a dog will eat. It’s equally impressive that all these dogs survived eating these items. The situations could very easily have ended in tragedy. This is why it is very important not to leave items lying around that your pet can consume, even if you don’t think they would eat them.