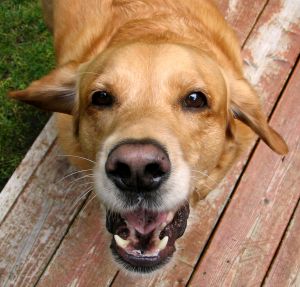 By talking to your pets and giving them the attention they crave, they’ll be a lot more likely to talk back to you, barking or meowing to get your attention and tell you how they feel. But while this is great for the most part, sometimes animals become a little too vocal, to the point of being downright annoying.

According to an article by Sophia Yin, DVM, dogs and cats who live independent lives in the great outdoors hardly ever vocalize. On the other hand, when they are domesticated, they begin to bark and meow a lot more often. When they communicate amongst one another, these animals typically use scent markers and body language to get their points across, rather than speaking to one another. But when people are in the picture, these animals have figured out that barking and meowing is a great way to get our attention and let us know what’s up.

What’s All the Meowing and Barking For, Anyway?

Dr. Sophia Yin has decided that the best reason for all the noise our pets make is simply to get their point across. Domesticated animals have pretty much figured us out. They know that we mere humans can’t possibly ever nail down their body language or the silent signals they provide to let others know their mood and intentions. So they’ve pretty much resorted to being as loud, and as obnoxious, as necessary in order to get our focus and let us know it’s time for a bathroom break or a much-needed snack.

A Cat’s Many Meows

Cats, in particular, have really honed their meows so that they can alert us when they need something, even if it’s food at 5am. Instead of using a standard meow, they alter the way they speak to let us know how urgent a matter really is. By changing the pitch and volume of their voices, cats have found a really effective way to communicate with their human guardians, which is why, as a cat owner, you probably know when your cat is begging for food and when she’d rather have some playtime with you.

What to Do about Loud Pets

While it may be cute a first, a pet that continually barks or meows can definitely become nerve-wracking, but there are things you can do to modify a pet’s behavior. If your dog continually barks when he wants something, such as a snack from your dinner plate, do your best to ignore him until he quiets down, and then reward him when he goes silent, and remains silent, in order to reinforce that behavior.

The same tactic can be applied to cats, but you probably already know that a cat can be really difficult to train. When it comes to felines, therefore, try to figure out what they’re really looking for, such as food, treats, playtime, or a relaxing petting session. And remember that cats can misbehave from boredom, so giving your companion plenty of attention every day should also help quiet her down.

In the end, you know your pets best, and by providing them with all the love and attention they need, you can keep them happy and peacefully quiet.