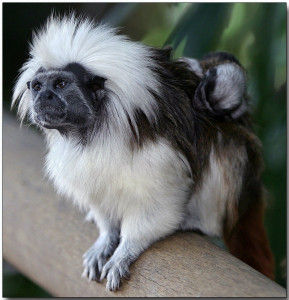 The death of four monkeys, since 2010 seems, to be enough to force the New England Primate Research Center at  Harvard to close its doors, by 2015, after these deaths drew significant government warnings. The center’s officials don’t cite the warnings as the reason behind the closing, but rather financial uncertainties.

However, there’s no denying that controversy engulfed the center. Last year, a cotton-top tamarin monkey died of thirst, and a second monkey died when it was left in its cage as it went through a mechanical washer.

The closing means that about 2,000 monkeys will be moved to other laboratories around the country. The New England Primate Research Center has operated for nearly fifty years, and has been a contributor toward AIDS research as well as other diseases.

The center is one of eight national primate centers, and it’s likely that Harvard’s primates will be shared among these other centers. Harvard has said that none of the animals would be euthanized.

Despite Harvard’s claim that the monkey deaths had nothing to do with seeking to renew its federal grant after 2015, the center does have a checkered past. Harvard disclosed to the Boston Globe last year that it was placed on probation by an international group that accredits animal research programs. The center was also cited by the federal Department of  Agriculture for failing to comply with the Animal Welfare Act.

The news is welcoming, but not enough, for Wayne Pacelle, CEO of the Humane Society of the U.S., who told Bloomberg News that in the future, Harvard and other institutions should and will use human cell systems approaches, or even computer algorithms, to assess test results, rather than living being, like primates.

Pacelle also hinted that this move by Harvard is a sign of where labs are headed in the future, which raises the question: are lab monkeys becoming a thing of the past?

If you ask the National Institute of Health, that is not a likelihood anytime soon. the NIH spends $87 million to support primate research centers (including Harvard’s) and noted that this decision was Harvard’s, and the NIH had nothing to do with it. Of course, in 2011, the NIH announced that it would suspend all new grants for biomedical and behavioral research on chimpanzees. They also added a uniform criteria for assessing the need for primate research, including that the research must be conducted for human health, and that there were no other alternatives possible. NIH director Ddr. Francis S. Collins stated that chimps deserve “special consideration and respect.”

The reason we use primates in lab research is because of how genetically similar they are to us. At Harvard’s soon-to-be-defunct lab, primate research helped determine AIDS was caused by a virus, and it helped to discover simian immunodeficiency virus. It also made progress in Parkinson’s disease research.

But the proximity of primates, particularly chimps, to our own DNA, also makes many people feel uneasy about testing these animals. There’s no denying our species has evolved as a result of research done on primates, but is it worth the cost?