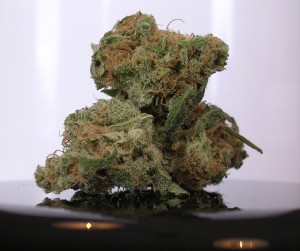 It takes a lot for your pet to actually show that it’s in pain. Pets, like children, refuse to believe they can be injured, and will oftentimes fight through any discomfort. But pets get injured, and pets get sick. And, yes, pets feel pain.

That is, they did. One veterinarian, Dr. Doug Kramer, out of the Vet Guru Animal Center in California, believes he has a way to ease the pain of your pet:

Rather than cite various research studies, Dr. Kramer turns to his own hands-on experience: his Husky, Nikita, was diagnosed with terminal cancer. Kramer wanted to provide Nikita with a high quality life for the time she had left. He decided to try marijuana (which is legal as a medication in California) on his dog.

California is one of 19 states to have some law governing the use of medicinal marijuana. THC (delta-9-tetrahydrocannabinol) is the active chemical in marijuana that helps patients with chronic pain and nausea cope with their symptoms. While states are beginning to consider the use of THC as a medicine, the FDA has yet to endorse it, mostly because of the lack of clinical trials and the inconsistency of ingredients in a pot plant.

Notoriously finicky pet advocates, PETA, have stated they support the use of marijuana on pets, so long as the use was kept to strictly medicinal purposes, rather than, for example, blowing pot smoke in your dog’s face to give him a contact high.

Back in 2011, writer Lorrie Shaw reported on a Washington State entrepreneur who wanted to market a cannabis patch (Tetracan) for veterinary use.

It was the production of this patch that inspired Kramer to speak out about pot use on pets. Kramer, when discussing this “patch,” stated that it’s an obvious safety hazard and “the perfect example of what happens when professionals fail to address a clear, unmet need in their field.”

The issue with the patch is that animals are apt to lick or gnaw at something like a patch on their body, not to mention the potential of another pet, or child, getting in contact with the patch. According to Kramer, who spoke to DVM 360, there were at least two toddlers and a handful of pets who removed the patches from the animal it was prescribed to, ingested it, and received the entire 3-day time-released dose at once.

Of course, the fact that these instances didn’t result in fatalities provides Kramer with more fuel to work with. While other medications can have disastrous side effects, Kramer says the worst cases he’s ever seen is when an animal breaks into an owner’s “stash,” and consumes massive amounts of pot. The results usually involve vomiting, diarrhea, and tremors. But never once has Kramer experienced a fatality case due to marijuana toxicity.

In the meantime, we’ll use it!

Kramer is well aware that pet owners are actively using marijuana as a medicine, when other medicines fail to work. That’s why he is so gung-ho about the veterinary field stepping up and offering a solution that will be safe and appropriate.

“My goal is to have a pain medication somewhere between aspirin or nonsteroidal anti-inflammatory drugs without knocking your dog out,” he said.

The prohibition of pot is a relatively new law. Prior to its prohibition, cannabis was used for various veterinary purposes, include as a colic remedy on horses.

Despite the past use of pot, and the apparent difficulties of an animal overdosing on marijuana, Kramer does not suggest people experiment with their pets. One major concern, of course, is that it’s not guaranteed that what a pet owner gives to a pet is pure pot. There’s a potential that the pot is laced with other drugs that could have disastrous side effects, including death. This is what happens when people take causes like this into their own hands, Kramer said, which is why he’s eager for he and his peers to provide a healthier, safer solution.