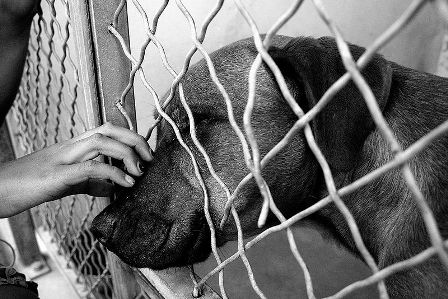 PETA is considered by many to be the most outspoken animal advocates on the planet. Why then, do they euthanize 2,000 dogs and cats each and every year at their Virginia-based animal shelter?

For years PETA (People for the Ethical Treatment of Animals) have taken to some creative and controversial methods in order to push their mission: animals should not be killed for food, clothing, or other products. Apparently their mission does not include embracing the no-kill-shelter movement that has been gaining momentum across the nation.

Their animal shelter, in fact has poor adoption-rate statistics, when measured up against virtually any other shelter in the country. State records, published by the New York Times, cited just 19 cats and dogs as being adopted in 2012, with 24 being adopted in 2011.

Overcrowding shelters is, by no means, a new phenomenon.  However, other shelters have found a way to integrate the no-kill mentality into their existing environment. New York City euthanized more than 30,000 cats and dogs in 2003. That number dropped to 8,252 in 2012. California euthanized 176,000 dogs and cats in 2011, nearly cutting in half the number they killed in 1997 (300,000). No-kill shelters are typically considered shelters where 90% of animals are put up for adoption. NYC shelters are up to 84% this year, a 10% increase from just one year ago (vs. suggested stats that show PETA euthanizing 90% of their animal population).

Studies across the country show that adoptions are on the rise. So why isn’t PETA on board?

It’s easy to point fingers and make claims when you don’t have boots on the ground. That’s the stance that PETA is taking regarding their high-kill percentages. Daphna Nachminovitch, PETA’s VP of cruelty investigations, told the New York Times “it’s nice for people who’ve never worked in a shelter to have this idealistic view that every animal can be saved. They don’t see what awful physical and emotional pain these poor dogs and cats suffer.”

Yet many people in the no-kill movement find PETA’s stance off and outdated. Data regarding pet adoptions is far from an exact science. However, what’s happening across the country isn’t just an increase of puppy/kitten adoptions. Animals of all ages and conditions are being adopted by people wanting to give these cats and dogs at least a glimpse at a good life.

How awful is awful? Surely there are some animals that are better of dead, because their injuries cause them constant pain. But can that possibly be upwards of 2,000 animals each year? Or has PETA failed to initiate proactive adoption methods? Show of hands – who knew PETA had a shelter to begin with?

It’s difficult to judge when we have no idea the true condition of the animals housed in PETA’s shelter. However, what’s easy to say is that when you take such a publicized and controversial stance on a topic, you best be ready to live up to every word you ever uttered about the topic.

What do you think about PETA’s high kill rate? Is it justified, or has PETA just shoved its animal-friendly foot in its own mouth?

UPDATE: A response from PETA:

Simply put, PETA operates as a “shelter of last resort” for poverty-stricken areas of Virginia and North Carolina. We take in animals who have been chained up outside for their entire lives like old bicycles, animals who have been abused or neglected, and animals whose owners—many of whom can’t afford to pay for euthanasia at a veterinarian’s office—come to us for help. As a Virginia official speaking of PETA’s statistics told USA Today, “PETA will basically take anything that comes through the door, and other shelters won’t do that.”

That “2,000” figure doesn’t include the adoptable animals we transferred to big family-friendly, open-admission shelters that offer animals the best chance at finding a home, and it doesn’t include the dogs and cats we provided with free or low-cost spaying or neutering or other veterinary services to help guardians keep their animals.