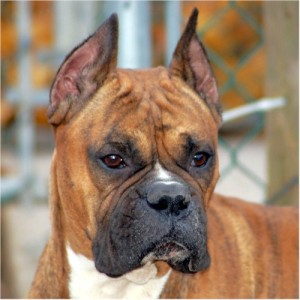 Both ear cropping and tail docking, along with removal of dew claws, began as a practice to protect the dog while he was doing his job. In gun dog the tail was docked to prevent injury when out hunting in heavy brush. In breeds whose main function was as a guard dog, protector, or fighter, it was removed to avoid giving an opponent (human or animal) something to grab on to that could be used to injure the animal. Ears were cropped in these breeds for the same reason. Hanging ears were easier for another animal or person to grab on to and injure the dog. In some breeds, dew claws extend greatly from the foot and are prone to being torn when out running in heavy brush.

Now, there are some countries that ban ear cropping, tail docking and dew claw removal or only allow it under certain circumstances. In the case of hunting dogs there are still many that continue to hunt in various types of cover with their owners today. While there are fewer guard dogs and using dog for fighting has been relegated to criminals in most first world countries, there are still some dogs that are used for those same purposes today as well.

Tail docking and dew claw removal are done at a very young age – usually within a few days of birth. There are a variety of methods used including cutting the tail off and the stitching it closed or banding, which involves placing a tight band on the tail to cut off the blood flow and allowing the appendage to wither off. It is done at an early age so minimize pain and bloodshed. Done properly, in most cases, it is over within a few minutes and the puppy has settled down just as quickly. Banding causes even less fuss from the puppy. Because it is done at such a young age, it is impossible to know at the time which puppies in the litter will go to hunting or working homes and doing it later in life is a much bigger deal in terms of pain and difficulty in adjusting for the dog.

Ear cropping is not usually done until puppies are older. It can be done humanely with anaesthetic and stitches in which case it is like a minor surgery. Unfortunately, it is not always done this way. Because it is done at an older age and puppies are often already spoken for, many breeders give owners the choice of having their puppy cropped or not.

While uncropped dogs rarely have issues associated with their ears, undocked dogs frequently suffer injuries, particularly if they run in areas that are heavily treed or have a lot of brush, even if they are just running around having fun. Injuries to the tail can be very difficult to heal. Open cuts are re-opened each time the tail hits a doorway, piece of heavy furniture, or any other hard object. Broken bones within the tail are another common injury seen in the undocked tails of these breeds. It is unknown if they are more prone to injury due to a weaker tail or the vigor with which many of them use their tails. The end result can be that the dog requires docking as an adult. This is painful and difficult to adjust to as the tail forms part of their balance by that point.

While ear cropping for cosmetic reasons is unnecessary, it isn’t especially cruel if done properly. Tail docking has more serious consequences to the adult dog with injuries to the undocked tail being common. For this reason, most breeders with docked breeds will automatically have the puppies tails taken care of within a few days of birth to avoid later trauma and injury. That’s not cruel, it’s preventative.